The Pushkar Fair, also called the Pushkar Camel Fair or locally as Kartik Mela or Pushkar ka Mela is an annual multi-day livestock fair and cultural fete held in the town of Pushkar.million of people attend the festival and To sanctify themselves, take a bath in Pushkar Lake.

The number of tourists visiting generally on any mythological site in India is far more than that of tourists coming to Pushkar. Among them, the number of foreign tourists, which Pushkar is particularly liked. Pushkar Camel Fair, which takes place every year in the Kartik month(oct and nov), has given this place a unique identity throughout the world. At the time of the fair, many cultures get mixed together in Pushkar. On one side, foreign tourists arrive in number to see the fair; on the other hand, tribals and rural people come from all parts of Rajasthan and surrounding areas to join the fair with their animals.

At this time, animal fair is also organized here, in which various animals related programs are also done, in which the best breed animals are rewarded. This is the main attraction of the animal fair.

The fair is planted in the vast field of sand. A lot of queue queues, shops, eating stalls, circuses, swings and do not know what to do. The camel is near the fair and the desert, so the camels are seen on all sides. But in time it has become a huge animal fair.

Pushkar Fair is world famous and will be held from November 15 to 23 this year, this fair is known in the country as the camel fair, camel fest. This annual camel and animal fair held in Kartik month between October and November brings a large number of tourists from abroad to the country. This fair is also famous for being one of the world’s largest animal fair, World’s Largest cattle fair.

In addition to animal exhibitions, different competitions and attractive and traditional sports during the fair, animal feats are attractive. In addition to the procurement and sale of livestock in the fair, being the religious city, this fair has become a center of attraction for tourists.

Various competitions such as Matka Phode, Longest Mustache, ‘Bridal Contest, Camel Decoration Contest are the main attractions of this fair, attracting thousands of tourists and photographers.

Pushkar Fair is planted in the vast field of sand, it is also known as Mela Ground. There are also camel, Horse and various animal purchases in the fair. During the fair, shops of various things, eating stalls, circus, swings, Pushkar’s temples, losses and huge cattle fair are the center of attraction.

Hot air ballooning can also be enjoyed at the Pushkar fair, photography can be enjoyed from the height of hot air balloon during the fair; horse riding and camel rides and private companies glide during the fair, and helicopter with Pushkar The scenic view of the city and the fair can be seen from the height. [ Book Customized Religious Tour Packages for India at Best Price ]

This fair is also very good in terms of photo collection of photographers. The camel’s cameras are very beautiful in the middle of the sun shines, sun sets and sand beach along with camel, as well as the photo-style of the livestock and fair photo coverage is beautiful Al can come from the middle of the sand dunes

Photographs of camels can be taken, but due to more sand, photographers should not change their DSLR camera lens over and over again, this is why the camera is afraid to lose the CCD, either to take two camera body or try it Do not change the lens again and again.

How to reach Pushkar

Pushkar is very easy and accessible, it can be reached by road, air, and railway. Pushkar, along with the motorway road due to its Alwa Jaipur, a large number of people reach Pushkar while riding the Adventures, Ajmer 15 Kms, 145 km from Jaipur and about 185 kms distance from Jodhpur can be reached from the National Highway, Samkhya 8.

If you are coming from the air and from anywhere in the country and anywhere in the world, then you can reach Sanganer International Airport in Jaipur, reaching the distance of 146 km from the road, by taxi or private vehicle.

Recently, a new airport has started in Ajmer’s Kishangarh, after landing, you can reach Pushkar by walking on 45 km road.

Pushkar is connected to the National Highway No. 8 of Rajasthan. Regular buses run from Jaipur, Jodhpur and Ajmer bus stand and Pushkar from other cities of the state. Also, it can be easily accessed from your personal vehicle and motorcycle. If you are going to Pushkar from Jaipur then there is a way to reach Pushkar before Ajmer, you can reach Pushkar by going from there and also one from Ajmer. Path goes to Pushkar

According to Hindu texts, Holy Pushkar Lake has been described as ‘Tirtha Raj’, no pilgrimage is complete without dip in the holy Pushkar lake of King of all pilgrim sites. Pushkar lake 52 ghats and more than 400 temples are said to be Lord Brahma, who left the flower here, hence the name of this city was Pushkar. Pushkar city is also famous for being Lord Brahma’s only temple in the whole world.

Pushkar Nagar, one of the five holy cities of Hindu scriptures, is located approximately 15 kilometers north-west of Ajmer, Rajasthan, Pushkar is a favorite destination for foreign tourists. Apart from the fair, there are tourists visiting the city every year, surrounded by hill from three sides and the Pushkar lake along with Pushkar Lake in the middle is exported all over the world.

According to mythology, 330 gods and goddesses were gathered at Pushkar Lake to complete the lake on the full moon night. Therefore, this lake is considered holy. It is such a belief that after seeing the bath of Pushkar lake and then seeing in the Brahma temple, all sins are erased. Some people feel that bathing in the water of the lake causes the body’s diseases to disappear.

Apart from the Pushkar Fair, Pushkar lake is also 52 Ghats and more than 400 temples, Pushkar is also a religious city, as well as visiting the place in Pushkar. 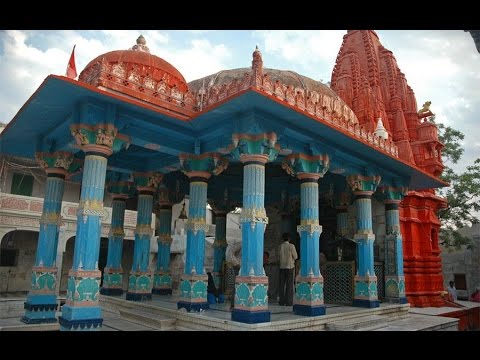 Nestled in the Pushkar Valley, Brahma Temple has a special place in the religious faith. It is the only temple in the world dedicated to Lord Brahma. It is situated in the Chaturvedi idol of Lord Brahma. The temple is on the edge of Pushkar lake

Gurudwara Singh Sabha, first and tenth gurus – Guru Nanak Dev and Guru Gobind Singhji were made to commemorate the journey in the beginning of the 19th century. Every year there are huge devotees reaching there. 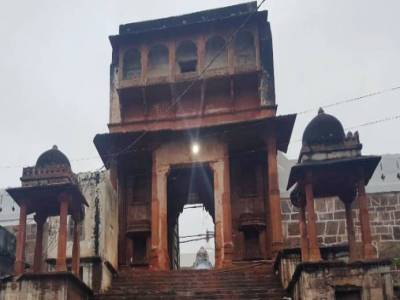 The Varah Temple is the largest and most ancient temple of Pushkar. Built by King Anaji Chauhan, ruler of the 12th century, this temple is dedicated as a wild boar for the third incarnation of Lord Vishnu. It is one of the most renowned temples in Pushkar.

This temple dedicated to God Brahma’s first wife, Devi Savitri, is situated on a hill behind the Brahma temple. The temple can reach through stairs and ropes. Pushkar’s view looks beautiful from here due to its height. 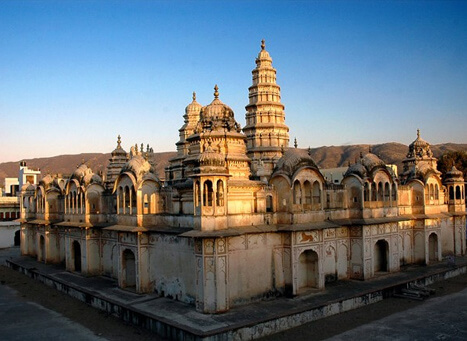 Thousands of pilgrims and tourists visit each year in Grace and the typical Rangji temple. This temple is considered as the incarnation of Lord Vishnu. The influence of Mughal style in South Indian style, Rajput style and temple architecture is very important.

According to historians, the Panchkund Shiva temple was constructed by five Pandavas. Located on the eastern bank of the city, this temple is situated at a distance of 3 kilometers from the lake. 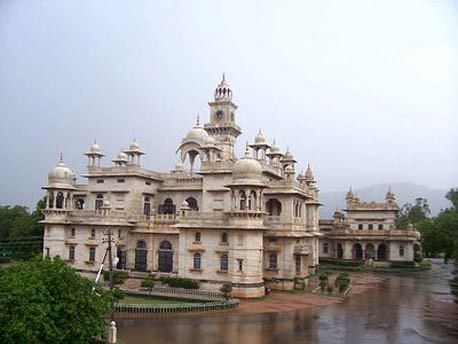 In addition to the Pushkar fair, Pushkar’s Malpua has also been the choice of native and foreign tourists for years.

Pushkar is a special choice for Israeli tourists

Due to the large number of Israeli tourists reaching Pushkar, it seems that Hebrew Pushkar has become a second language in the city due to the Israeli tourists in Pushkar, hoardings of most shops and fast food centers are available in Hebrew and other foreign languages ​​such as Spanish and French Written in language